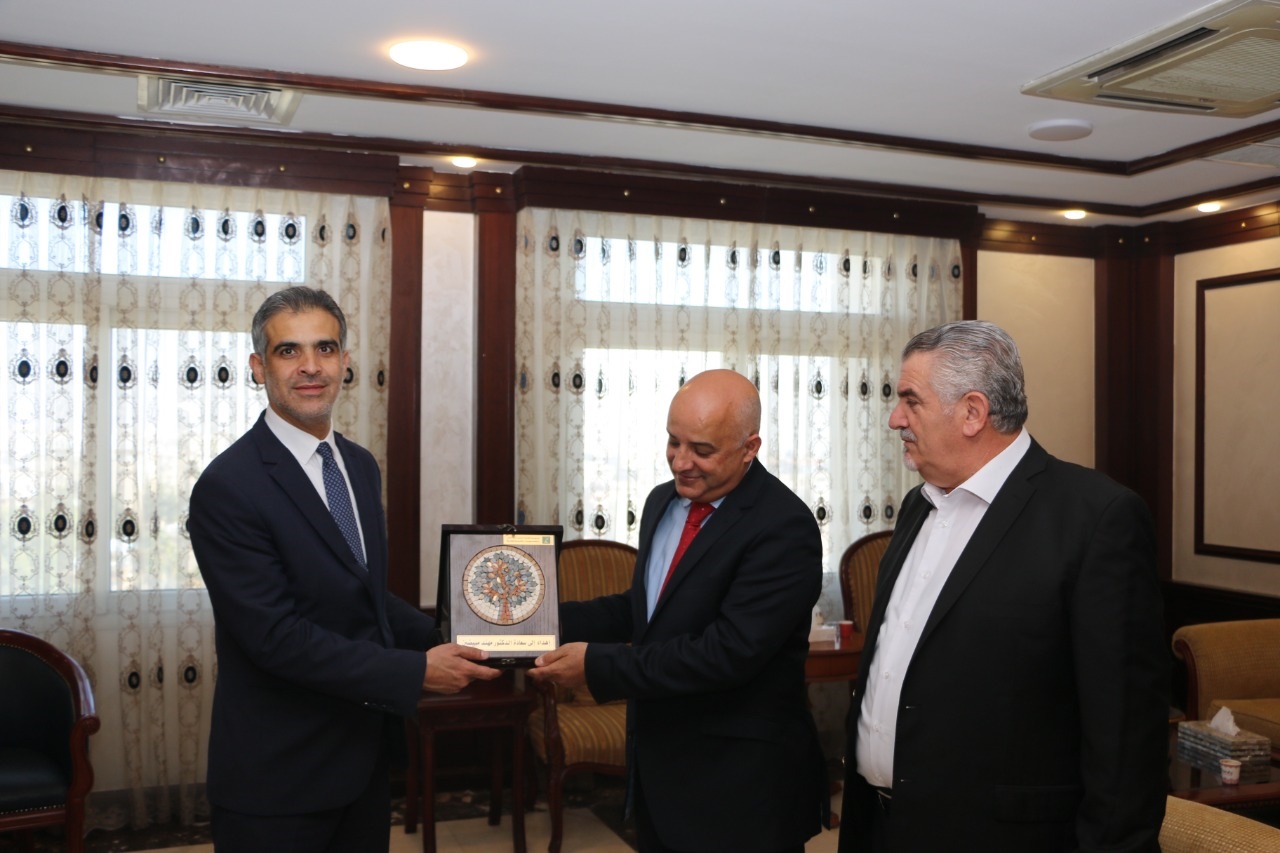 Al-Rahahleh stated that the Corporation’s pursuit of and interest in the Royal Documentation Center project was aimed at preserving documentary heritage and fostering a documentary culture among state institutions in the field of collecting old or archived documents, such as photographs, documents, transactions, and old requests; to be processed, sterilized, and preserved using special materials; and a copy of it is preserved as a memory for future generations.

Dr. Al-Rahahleh praised the Royal Documentation Center’s efforts and collaboration with the corporation in collecting and archiving documents and files for businesses and individuals, praising its combined efforts in archiving and restoration projects with several ministries, institutions, and state departments, and surpassing its achievement in archiving documents in several Arab countries.

Dr. Muhannad Mubaideen, the General Manager of the Royal Jordanian Hashemite Documentation Center, explained that the cooperation and a clear vision are in the interest of documenting and preserving Jordanian manuscripts and documents, as well as enhancing Jordanian national memory, encapsulating the goals of both sides in serving documentation and scientific research work, especially since documents related to social security are of great importance to citizens. Similarly, future generations have the right to observe the progress of a grand national institution tasked with the social protection of citizens and subsequent generations.

Dr. Mubaideen also stated that the center is the only one in the region that specializes in sterilization, restoration, digital transformation, and archiving in an integrated manner, taking into account the application of international standards and specifications approved in sterilization, restoration, and electronic archiving, and that it seeks serious scientific cooperation with Arab and international institutions and centers with similar goals, exchanging experiences with it, and holding seminars and conferences leading to deepening joint cooperation in order to advance the tasks entrusted to it.

Al Mubaidin thanked the Social Security Corporation for recognizing the center’s achievements, which demonstrates its keenness to preserve the rights of citizens by protecting files from damage or loss, which is an essential foundation for Corporation’s information and data sustainability.